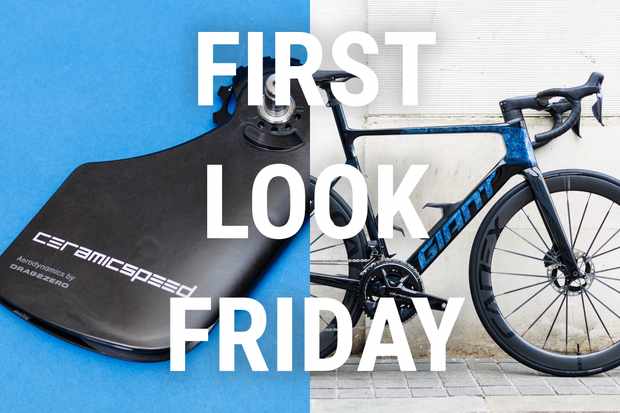 It’s hard to believe, but this time next week it will be September and we’ll be well on the way to the end of another summer here in the UK.

In some ways, I’m quite looking forward to it, even if it does mean the eventual return of persistent cold weather and wet roads.

This summer has been unusually hot and dry here, and us Brits, well, let’s just say we’re typically not the best at cycling in hot weather.

The prospect of cooler temperatures and, dare I say it, even a bit of rain, doesn’t feel so bad right now.

Before we get there though, let’s have a look back at some of the content highlights from the week just gone.

Our review of the Garmin Edge 1040 bike computer was published early on in the week, with our tester giving the ​​device a near-perfect score. It sounds as though it could be the ideal companion for long-distance rides, especially if you live somewhere sunny.

It’s an issue anyone with a disc-brake bike will almost certainly be familiar with, and while we can’t promise our tips will shut them up forever, our hints and tricks should at least reduce the number of annoying squeals and ticks.

Our guide to the best gravel tyres was also updated this week, adding in the high-scoring Schwalbe G-One RS.

It’s another top-performing tyre from the German brand. Our tester found its small knobs and minimalist tread were best suited to dry, hard-packed gravel, though, rather than wet and muddy conditions. Perhaps not one for a typical British winter, then.

Lastly, before we jump into some new tasty tech, did you know we’re hiring? BikeRadar is expanding its video team, and there are six new positions to fill, so if you’ve ever dreamed of working here then now could be your chance.

The 2023 Giant Propel Advanced SL 0 is one of the lightest aero road bikes we’ve ever seen.
Simon von Bromley / Our Media

The new Giant Propel may have launched only last week, but we’ve already got our hands on a top-of-the-range model, the Propel Advanced SL 0.

At a feathery 6.91kg for our size ML (which is roughly equivalent to a size 56cm bike from other brands), it’s incredibly light for a bike described by Giant as an aero road bike.

Despite the low weight, Giant claims this latest version of the Propel is 2.6 per cent more aerodynamically efficient than the previous one (which launched in 2018).

Up front, Giant has redesigned the cockpit and cable-routing system. The new OverDrive Aero system sees cables route internally through the handlebar, before running under the stem and into the frame through the upper-headset bearing.

The carbon steerer tube is D-shaped in order to create space for the hydraulic brake hoses and any gear cables (if present).

As with previous generations of the Propel (and the Giant TCR), the top-spec Advanced SL framesets use an integrated seatpost design.

This means the seatpost is integrated into the frameset, and rather than adjusting a separate seatpost up or down to set your saddle height, it comes with enough length for you (or your bike shop) to cut it down to size for your preferred saddle height.

It may also be worth considering a professional bike fit before making any decisions, because it’s very much a measure twice (or maybe even three or four times), cut once, type of thing.

The Propel Advanced SL frameset gets an integrated seatpost, meaning it needs to be cut down to size before the bike can be ridden.
Simon von Bromley / Our Media

At the time of writing, Giant has only confirmed pricing for the Australian market, with this model costing AU$13,999.

UK and US pricing will be confirmed closer to delivery, which is currently slated for November 2022.

I’m fortunate enough to have been selected to test this latest superbike, so look out for a full review in the coming weeks. Will it perform well enough to earn a coveted spot on our list of the best aero road bikes? Time will tell…

The CeramicSpeed OSPW Aero is an oversized pulley wheel system with an aerodynamic carbon casing.
Simon von Bromley / Our Media

For this reason, companies such as CeramicSpeed make oversized pulley wheel systems with ceramic bearings for many of the major road bike groupsets.

The differences are generally very small, with the original CeramicSpeed OSPW (Oversized Pulley Wheel System) claimed to save just 2.5 to 3 watts at a power output of 250 watts compared to the stock setup on a Shimano Dura-Ace rear derailleur, but they’ve certainly proved popular among marginal gains chasers with deep pockets.

The carbon shroud is structural, as per UCI rules.
Simon von Bromley / Our Media

Taking this to the next level is the new CeramicSpeed OSPW Aero. As the name suggests, it’s an aerodynamically optimised version of a standard OSPW system.

Rather than leaving the pulley wheels exposed, the OSPW Aero uses a structural carbon shroud to encase the entire system and, according to CeramicSpeed, help to smooth the airflow over it.

Developed in collaboration with Simon Smart of Drag2Zero, the OSPW Aero is claimed to save “2.5 seconds during a 25km time trial ridden at 50kph”, on top of the previously mentioned improvements to drivetrain efficiency from the oversized pulley wheels and ceramic bearings.

On the scales, our sample (which is designed for Shimano Dura-Ace R9100 / Ultegra R8000 rear derailleurs) weighs 97g.

The Specialized S-Works Evade has long been regarded as one of the best aero road helmets available, with the S-Works Evade 2 earning a full five stars thanks to its excellent combination of comfort, ventilation and aerodynamic efficiency.

This latest update, the Specialized S-Works Evade 3, doesn’t represent a radical departure from what came previously.

Specialized claims it has improved the helmet’s aerodynamic performance “by 1 to 1.5 watts” compared to the Evade 2, but says the bigger story is one of improved ventilation.

According to Specialized, ventilation on the Evade 3 is improved by 10 per cent versus the Evade 2, meaning the new helmet should be more versatile than ever (the traditional downside of aero road helmets has often been a tendency for poor cooling at slower speeds, such as when climbing).

As with many new helmets, the S-Works Evade 3 incorporates a MIPS liner for increased protection against rotational brain injuries, in the event of a crash.

The Specialized S-Works Evade 3 costs £275 / $300 and is available in six different colours.

The Ignite MIPS is an aero road helmet by Smith Optics.

Like the Specialized S-Works Evade 3 and many other aero road helmets, the Ignite MIPS features minimal venting and a narrow, elongated shape to help improve its aerodynamic efficiency.

As well as a MIPS liner, the Ignite MIPS also makes use of Koroyd in its shell, as well as EPS (Expanded Polystyrene) foam.

Koroyd is a material made from a series of engineered tubes welded together to form a honeycomb structure. This material is claimed to provide improved impact absorption compared to standard EPS foam, in a lightweight and highly breathable package.

The Smith Session MIPS uses a similar construction of Koroyd and MIPS and is, in our expert tester’s opinion, one of the best mountain bike helmets available.

As you’d expect from a brand that also makes some of the best glasses for cycling, the Smith Ignite MIPS has a dedicated set of ports on the front vents to securely accommodate your precious sunnies when you’re not wearing them.

The Smith Optics Ignite MIPS costs £229 / $250 and is available in five colours.